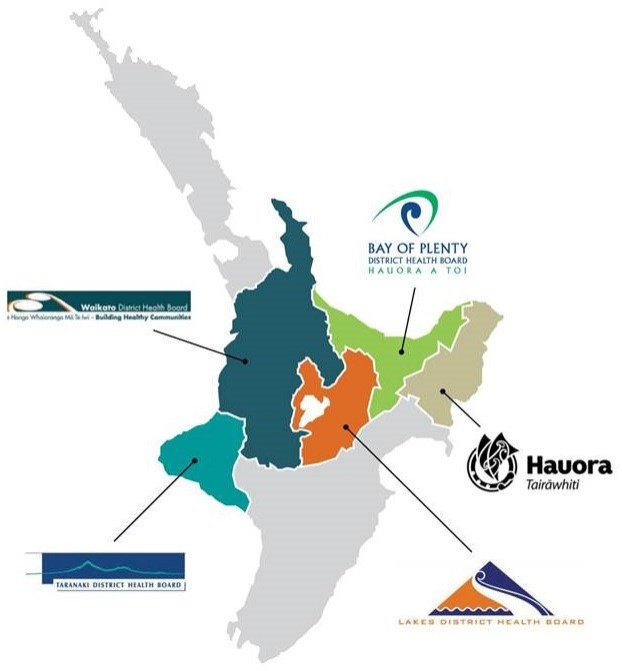 Waikato DHB serves a population of more than 360,000 people, stretching from the northern tip of Coromandel Peninsula to south of Taumaranui, and from Raglan in the west to Waihi in the east.  About 40 per cent of its population lives in rural areas.

• 1.4 per cent identified as Pacific peoples (6.9 per cent nationally).

The Bay of Plenty DHB serves a population of 200,000 on the east coast of New Zealand’s North Island, taking in the major population centres of Tauranga, Katikati, Te Puke, Whakatane, Kawerau and Opotiki. It has the second fastest population growth rate of all New Zealand’s district health boards.

Located in Gisborne, New Zealand, Tairawhiti District Health (TDH) is responsible for funding and ensuring the provision of health services for those in need of personal health and disability services. This work is done in the community and from Gisborne Hospital. In the 2006 census, Tairawhiti had a resident population of 44,499 or 1.1 per cent of the national population. With a population density of 5.3 people square kilometre it is one the North Island’s the most remote and sparely populated districts.