As a high-school drop-out with a history of drug abuse, Turaukawa Bartlett’s profile probably isn’t the first to come to mind when speaking about future health leaders. However, at the recent 2018 DAPAANZ – Cutting Edge conference for the Addiction Sector held in Rotorua last week, Turaukawa was named ‘Best Newcomer’ to the field in recognition of his work with youth experiencing addiction related issues. 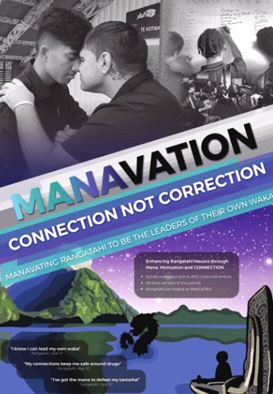 Two years ago, at the age of 26, following his son’s diagnosis of severe Autism, he entered the Mental Health and Addiction sector equipped only with a passion to support youth experiencing the same issues he once did. Regardless of holding no formal qualifications, Te Korowai Hauora o Hauraki hired Turaukawa to join their team as whānau Support Worker where his passion was nurtured through a workplace-based Apprenticeship programme through Careerforce – te toi pūkenga.

Throughout his training, Turaukawa’s profile grew in his community of Hauraki, and it wasn’t long until his skills were recognised following his natural ability to engage with rangatahi, particularly young Māori tane who had previously not engaged with services. 18 months later, Turaukawa qualified as a Mental Health and Addiction Support Worker, and was soon named the 2017 top Māori student as well as receiving the Industry Training Federation’s future Māori Business Leader Award.

Turaukawa then continued to progress his work with rangatahi, particularly young Māori secondary school students, and was further recognised by Te Rau Matatini with the Bob Henare Award for excellence toward rangatahi Māori mental health.

Turaukawa has now established his own consultancy business delivering the school-based MANAvation programme supporting youth wellbeing. He also now leads Māori Health Workforce Development for Careerforce – te toi pūkenga, and has recently undertaken the role as Chair of the Midland Workforce Leadership Network; a role he describes as “a new apprenticeship under the guidance of great sector leaders”.

Turaukawa dedicated his recent award to his son Varden and wife Aimée, who is an Alcohol and Drug Clinician and part of the MANAvation team delivering the programme. When asked to describe their MANAvation programme Turaukawa states “Aimee has been the back-bone of our whānau in our journey and the development of the MANAvation programme; there’s nothing better than knowing that we are all on this journey together as a family”